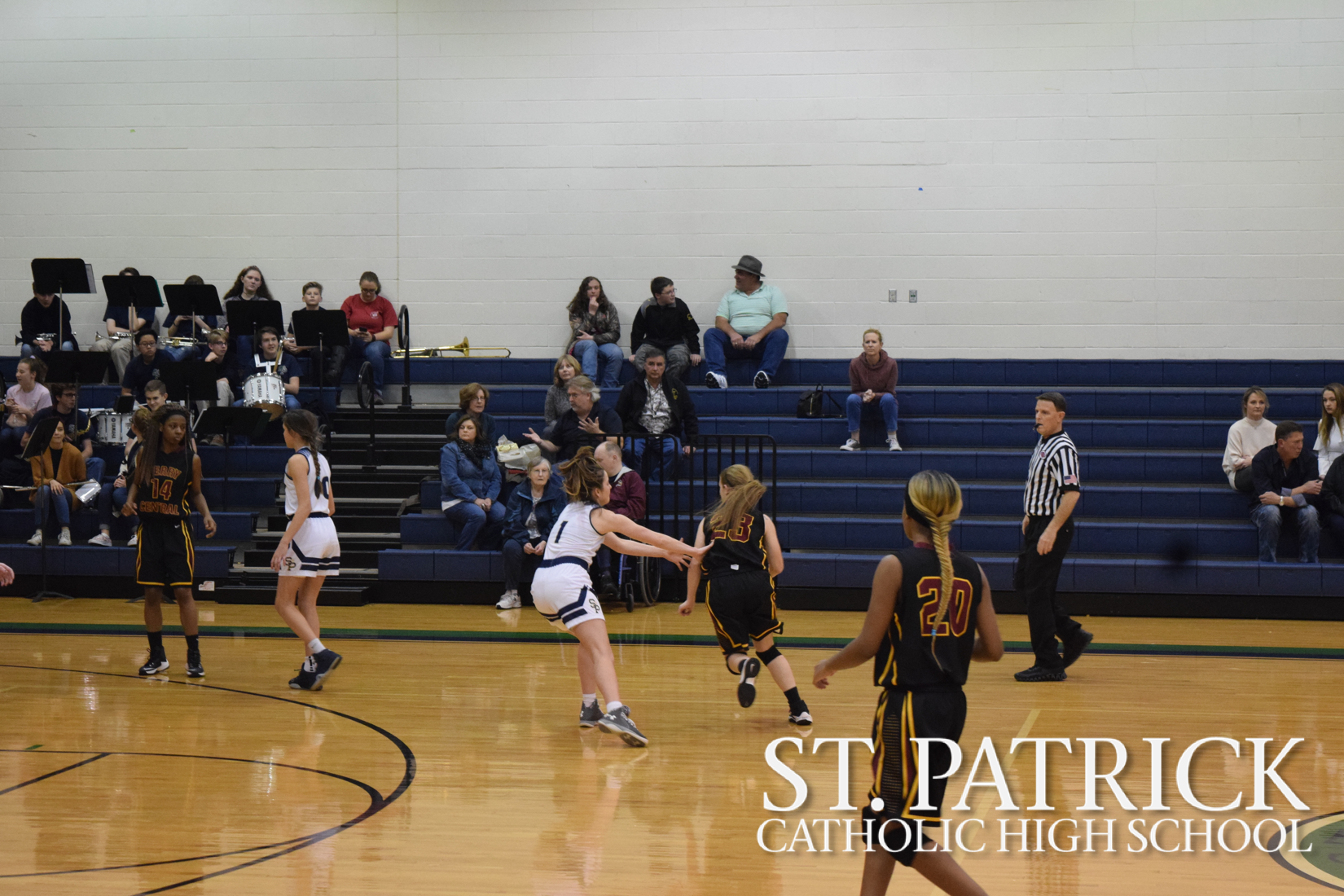 On Tuesday, January 23, the St. Patrick High School Fighting Irish varsity basketball teams faced off against Perry Central, at home.  Both teams, fought hard and were able to gain a win for the Irish. The varsity girls won, 46-28, and the varsity boys won, 87-57, for the district season.  Both teams played good games and were able to maintain good speed, and keep the ball in control. Both teams were able to maintain a good lead throughout the whole game; they made lots of shots and had good assists; senior, Braden Fayard, even managed to dunk.

The games were well attended by parents and students alike.  The Fighting Irish are playing Friday, against the Collins Tigers, but that game is away.  The Fighting Irish basketball teams play again at home next Tuesday against Richton with the first game starting at 5pm.