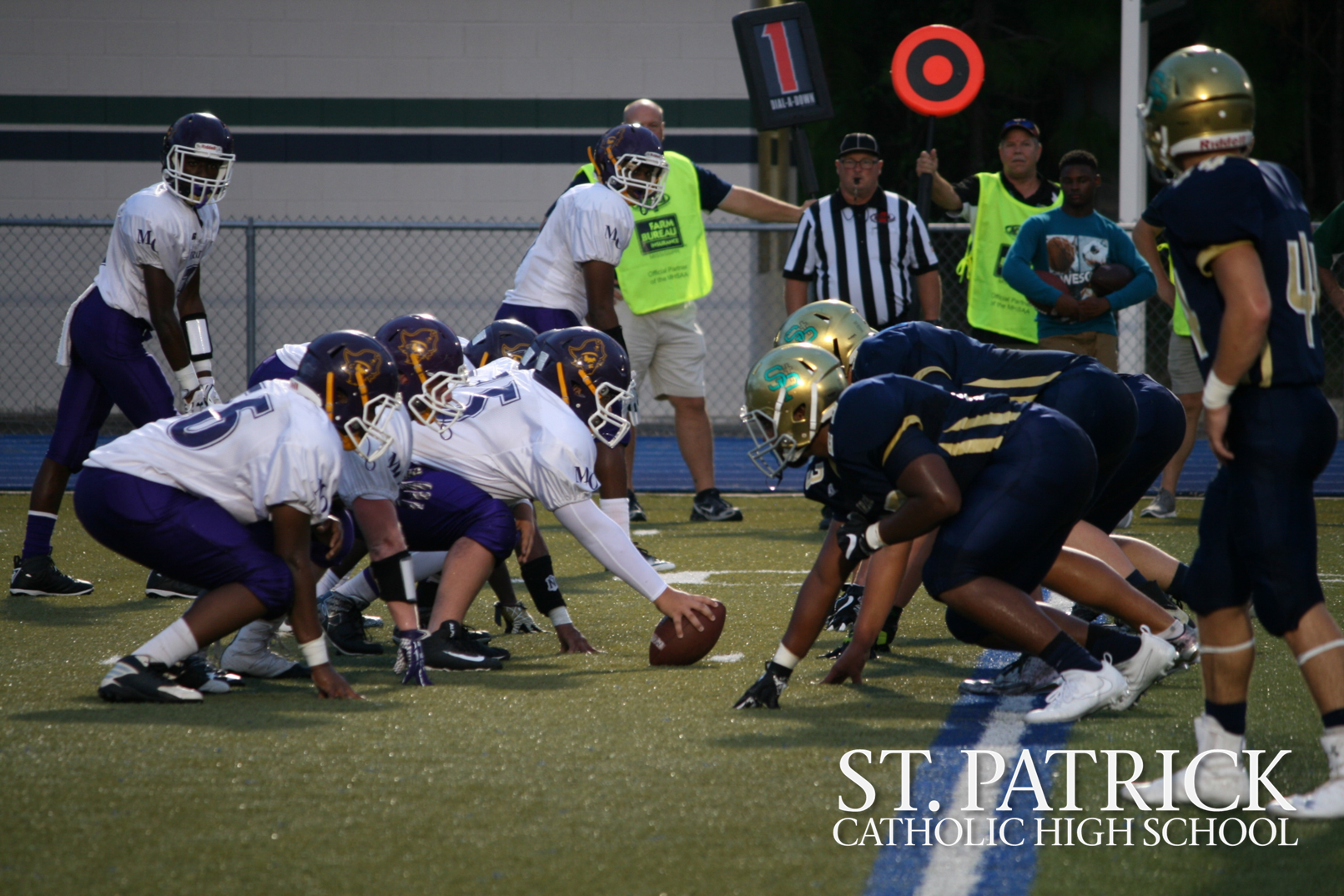 The Fighting Irish Varsity Football Team competed in their first home game of the season Friday night. The Irish beat Mount Olive with the score 33-6, which ended the their 23-game losing streak. Quarterback, Carson Bishop, helped the Irish by running in for two touchdowns, along with several assists. Logan Young, Robert Starks, and Austin Schepens also helped the Irish get the points up with their touchdowns. Carson had this to say, “I’m so proud of how all my teammates performed. It was an all around team effort. Hopefully we will build off of this win. Also thanks for all of the support! Go Irish!!” The Irish also had several interceptions and fumble recoveries throughout the night. Austin Schepens, Jarrett Herron, and Britton Tatum each had an interception that helped keep the players momentum going. Cornerback, Jarrett Herron, had this comment, “It feels great to finally get a win and to know that all the years of hard work in the gym and on the field were worth it. To know that all the hours given up after school and in the summer were worth it, we got that win! Now we need to get another one.” One of the guards, Ryan Hymel, said, “I thought that the game went really well . Everyone did their job, and that’s why we won. We win as a team.” The Irish’s next home game is this Friday, September 8th against Pope John Paul High School.