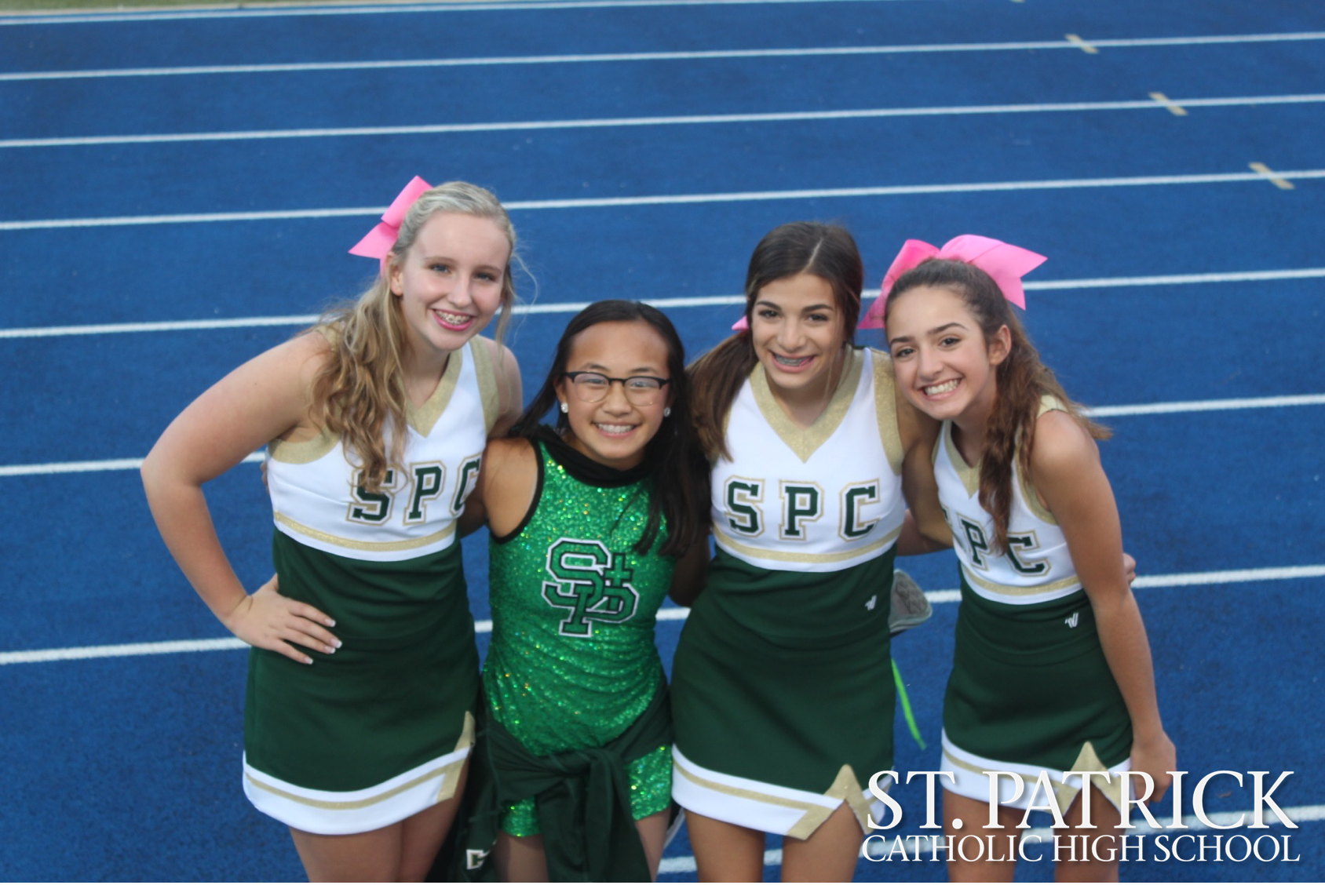 This past Friday night, the Saint Patrick football team played a hard fought game against the Richton Rebels. The game was played with the shadow of hurricane Nate coming in the future. Throughout the whole game, the score was very close. The game started with Robert Starks scoring the first two touchdowns for the Irish. While the game was going on, the cheerleaders, dance team, and band kept the Irish spirit alive and the crowd excited. Logan Young scored a touchdown for the Irish by taking an intercepted pass away from the Richton defender and going into the end zone.  Richton scored three times in the first half but only made one two point conversion. At halftime, the score was 21-20. The dance team and band from both teams performed for the crowd. After the halftime performances, the game started back up with both teams excited to play. Starks scored a final touchdown for the Irish to make the score 28 – 20. Richton then came back with another touchdown to bring the score to 28-26. With two minutes left in the game Richton scored again to make the game 28-32. The Irish drove the ball deep into Richton territory but threw an interception into the end zone bringing the game to an end. The next home game is October 27 against Collins. Go Irish!

Good luck to our Fighting Irish swim team, as they