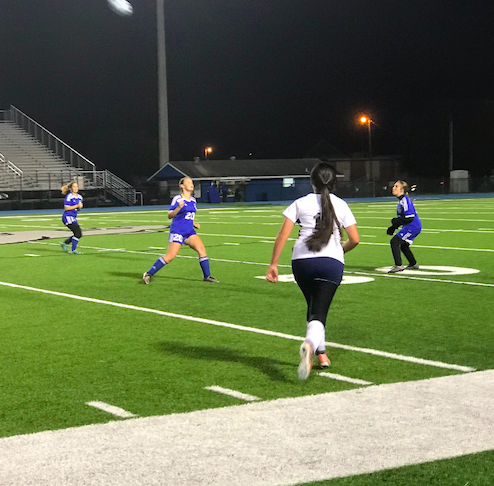 Thursday night, January 24, St. Patrick’s Varsity Women’s and Men’s Soccer teams played a mean game against Resurrection. Both teams put their heart and souls out onto the field and played extremely entertaining and nail-biting games.

The women’s team had a great game against the Eagles, ultimately won on a free kick scored by Jessica Harrison. The girls really gave the game everything they had and brought home an amazing win for St. Patrick.

The boys put up a great game Thursday night as well. This game was exciting and had fans on the edge of their seats the whole time. Resurrection scored the first goal which raised the stress level of the game for St. Patrick fans. In the last three seconds of the game, Ricardo Quintana scored a goal for the Fighting Irish.

By the end of the game, St. Patrick and Resurrection were tied and had to go into overtime. Then, the two teams had to begin penalty kicks. Unfortunately, Resurrection won this game, but the boys put up a great fight and an amazing game.

Wish your Fighting Irish soccer teams lots of luck as they enter into their first round of playoffs this week!