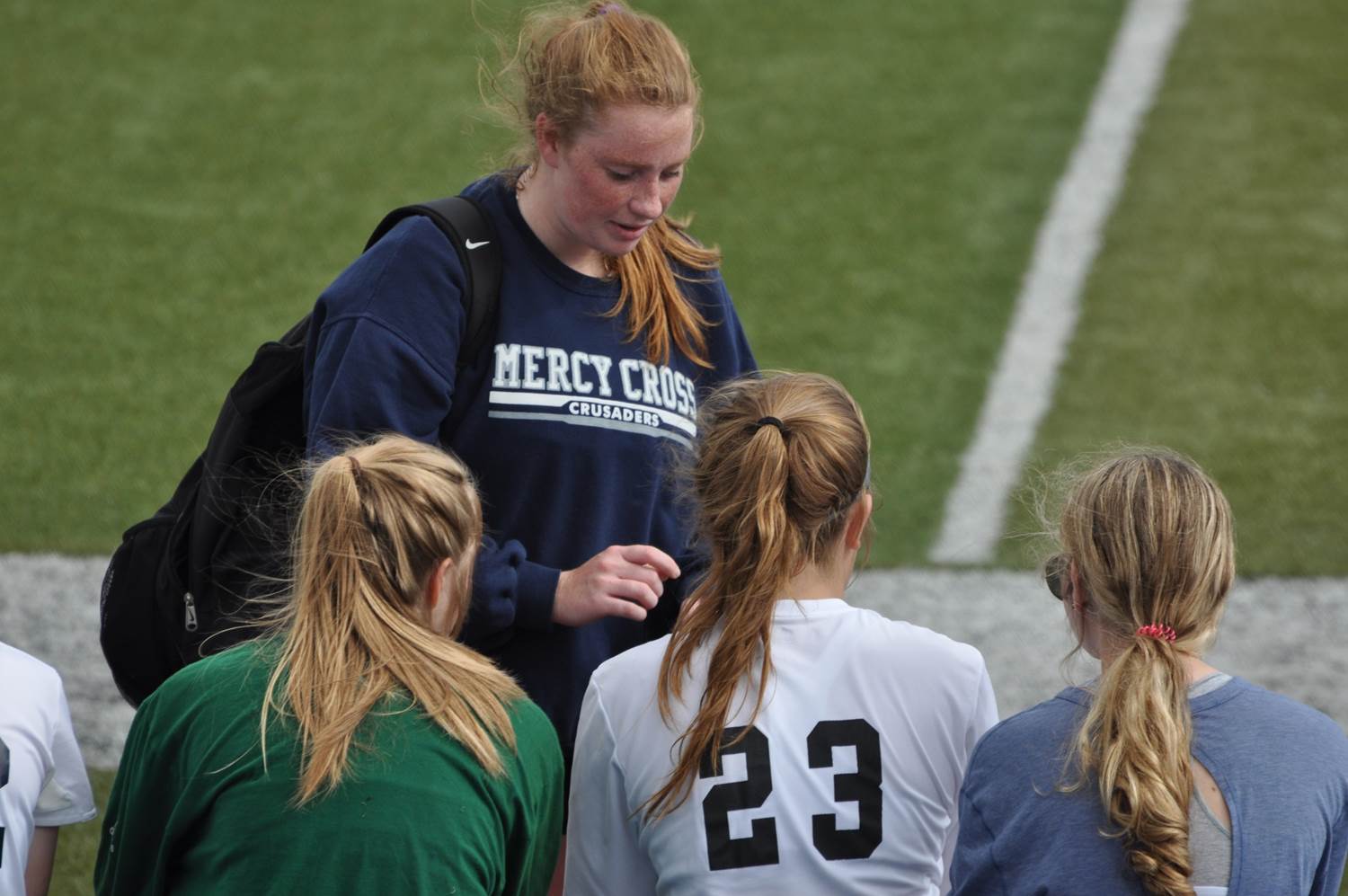 Saturday morning, your Fighting Irish varsity soccer teams competed in games against the D’iberville Warriors at home.  The girls played first at 10, followed by the boys game right after.  The girls played a very tough game against the Lady Warriors and came out with a score of 1-1.  The Irish goal was scored by Mary Cate Sliman with an assist from Svannah Croal.  The boys team really came out and rocked it and won the game with a shut out.  The final score was 4-0 with goals by Chris Collins, Ryan Adderholt, and Conner Hartery.  Many fans came out to support the Irish in their efforts against D’iberville Saturday in soccer and also at the evening basketball games.