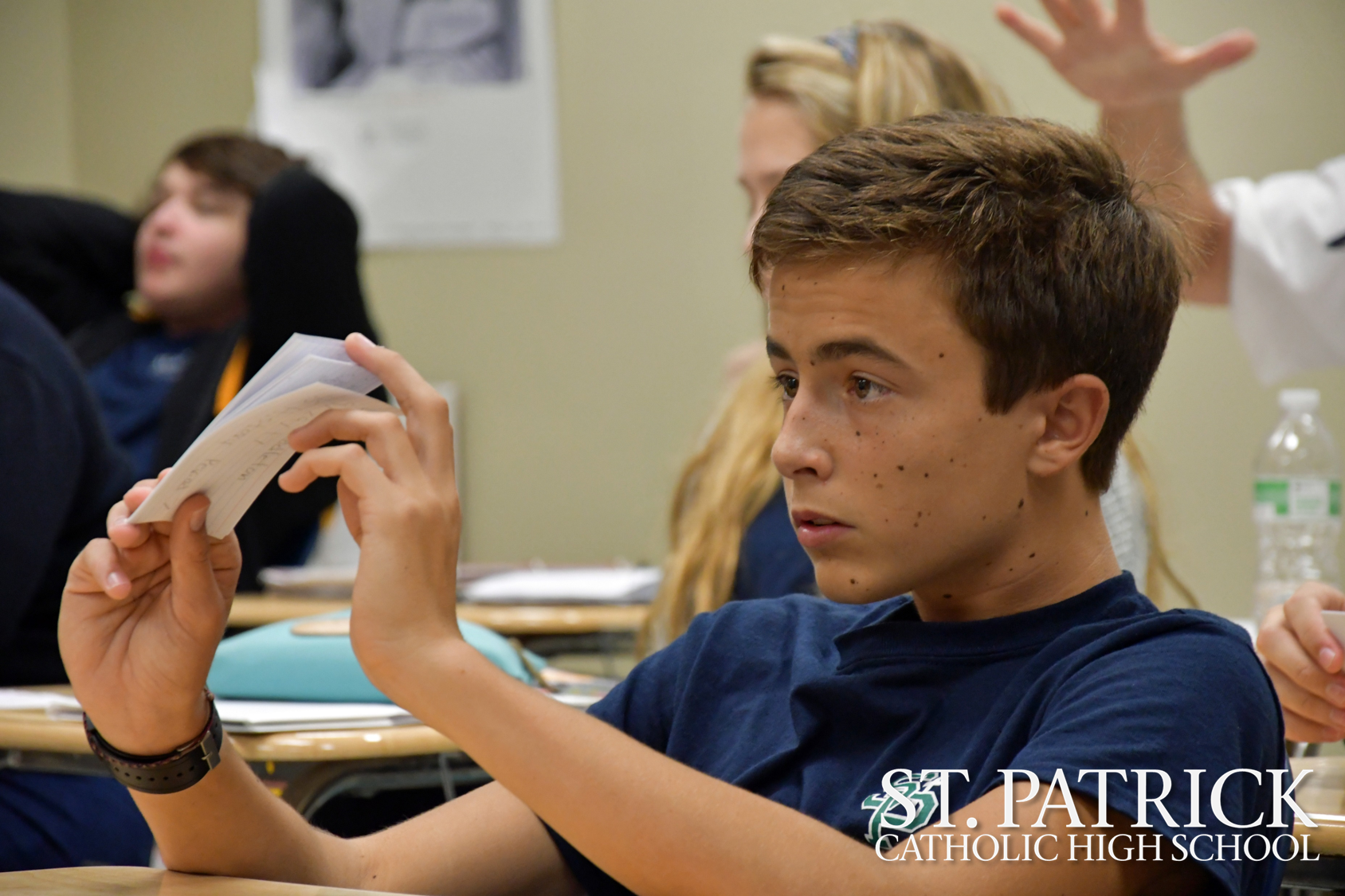 On Friday, Mr. E’s class presented notecard projects on the Vietnam War. They skipped ahead in their books to learn about the war, because PBS was having a special ten part broadcasting about the Vietnam War. The students along with Mr. E, watched the special and talked about it in class. They also made notecard presentations with specific topics relating to the war. Some examples of topics include PTSD, Fashion, even how the Americans felt about the war. Hope Williams and Ana Patino told me they were really excited about learning more about the Vietnam War and that PBS really helped them understand more than what they can learn from a textbook. The presentations went really well, everyone was thoroughly prepared for them and the student’s had a lot of fun with them.

HAPPY THANKSGIVING from all of us at St. Patrick C

Congratulations to our Varsity Dance Team for plac

We would like to thank Father Adam Urbaniak, Chris

Just a reminder to all of our parents with seniors