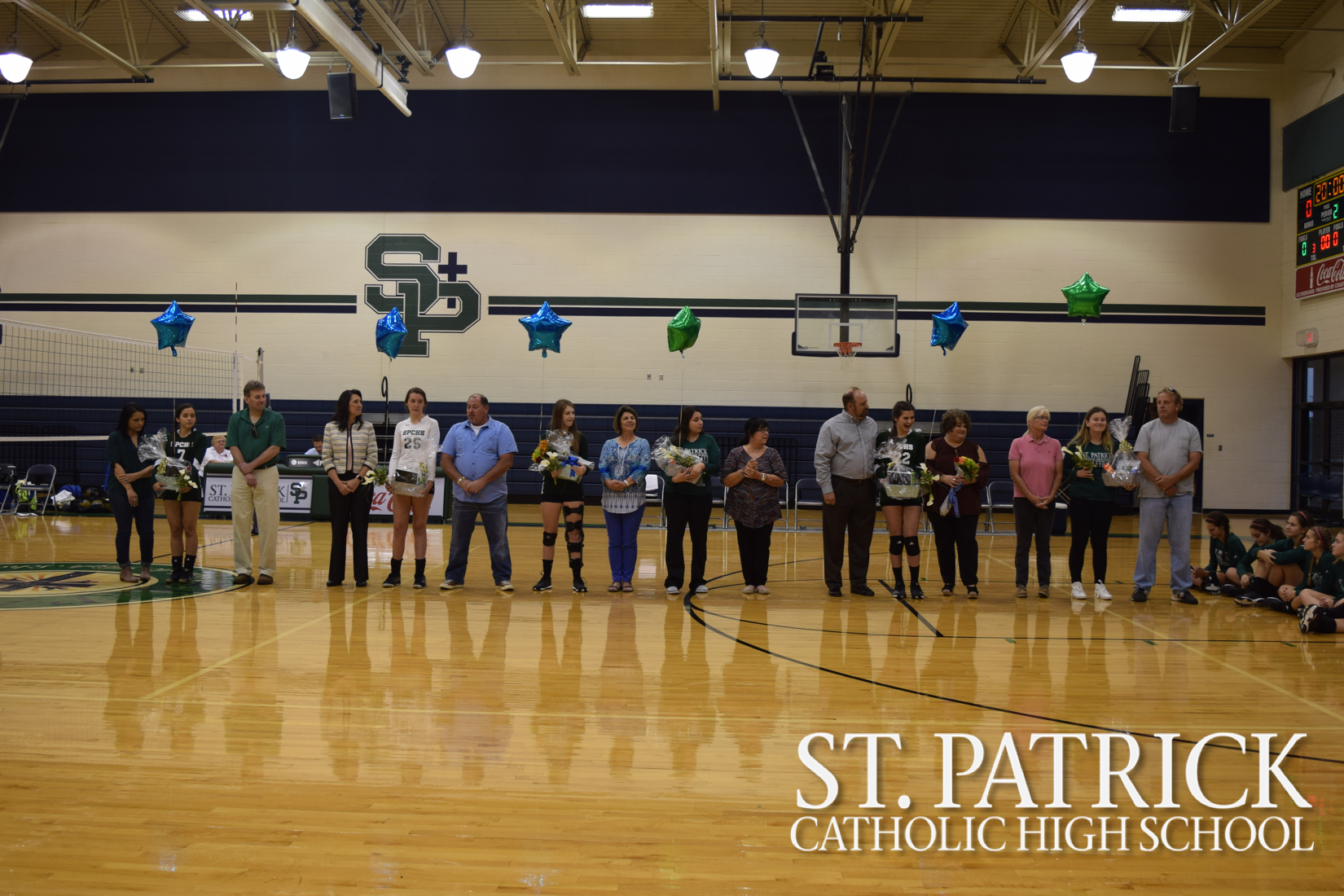 Thursday, was Senior Night for the Fighting Irish volleyball team, in the last regular home game of the season.  The Irish Junior Varsity and Varsity teams faced off against the Bay High Tigers. The Junior Varsity match started at 5:30, followed by a ceremony to honor the senior players and managers, and after the conclusion of the ceremony the Varsity match started.

Shannon Kirkpatrick, who tore her ACL in the spring, has not been able to play during her senior season.  During the Varsity game, she was able to get in some playing time, and got to serve a few times.  She helped the team a great deal.