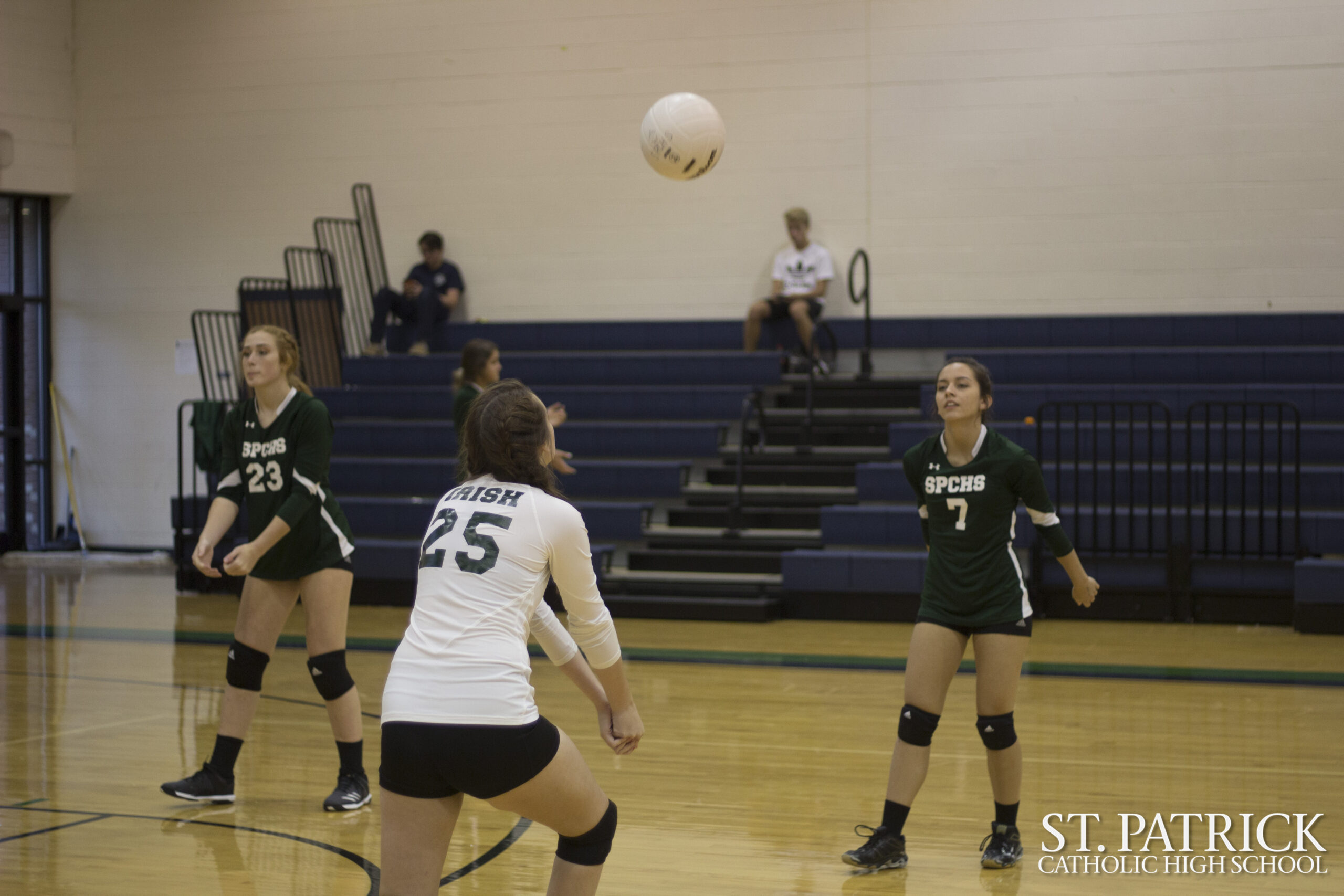 Congratulations to the Lady Irish junior varsity and varsity volleyball teams on their victories against Moss Point High School! Both teams beat the Lady Tigers in all of their sets and accumulated some impressive stats in the process. Key players of this game are as follows: sophomore Camille Seghers had twelve aces and one kill; senior Mary Tubb had eight aces and five kills; sophomore Makenzie Stenum had seven aces and one kill; sophomore Hallie Ladner had seven aces and one kill; eighth grader Annie Broussard had five aces; senior Raven Gonsoulin had 4 aces and one kill. The team is extremely proud of how well they’ve done this season and hopes to continue to perform well as the 2017-2018 season begins to come to a close. Junior volleyball player Sydney Biggs is especially proud of her teammates. “I’m so proud of all the girls and their determination,” said Biggs. “We’ve all worked really hard throughout the entire season and it felt so great to pull out another win!” This game was especially important to the Lady Irish because this is the last game before Senior Night, which is the team’s last home game. The Senior Night game is this Thursday, October 5, with the junior varsity game beginning at 5:30 p.m. and varsity game at 7:00 p.m. During the varsity game, there will be a ceremony held to honor this year’s senior volleyball players. “We’re going to work really hard to get another win for our seniors,” proclaimed Biggs. “Go Irish!”